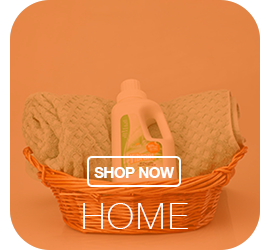 Select your country and language

If you change your market, you will lose the items in your cart.

Like my parents, I was raised on a farm, attended a small 3-room elementary school. I grew up helping my father on the family farm while learning the value of honesty and hard work, two traits that my father tried to drill into me at an early age. Life was tough coming from a relatively poor family, yet I feel fortunate to have been raised on a farm. I can't think of any life better than that which allows you to breathe fresh air and gain satisfaction in watching things grow.

Following four years of college, I became a science teacher and later a guidance counselor. As a counselor, I studied human behavior, family dynamics, addictions, and peer relationships. I've always had a desire to learn more about the dynamics of human health and human behavior and longevity. As a counselor and therapist in private practice, I became a helper and advocate for kids. For many years I was a crisis counselor for a school in the Poconos in Pennsylvania. I coached some football, and became involved in school activities and clubs, such as Students Against Drunk Driving. Overall, I had a fulfilling career. But, it isn’t over…

When I retired from the public school, I was introduced to Sisel by an Amish distributor, I began taking the products, and at the same time, attended conferences on Sisel. I met Tom Mower in Harrisburg, PA and listened to him talk very enthusiastically about his products. I like the products, yet it wasn't until the A.G.E. Pill became available for the public that I recognized something special about this product. So, I began to market the A.G.E. Pill and the other products, and I haven't looked back since. I know we have something very special at a time when the country is starving for proper nutrition and healing. I feel we have just the right products to support that effort. I welcome you to take a serious look at the A.G.E. Pill and the other outstanding products by Sisel.

This is Glenn Schuyler’s website, an independent Sisel distributor. We will use a cookie to help direct you back to Glenn Schuyler’s site in the future and any purchase you make here will be identified to Glenn Schuyler. We also use cookies to enhance your browsing experience, to analyze site traffic, and to evaluate anonymous statistical information with Google Analytics. This information helps us improve our site but does not directly identify anyone. We assume you’re okay with this, but you can opt out if you wish.
Find out more here >>
Close Accept